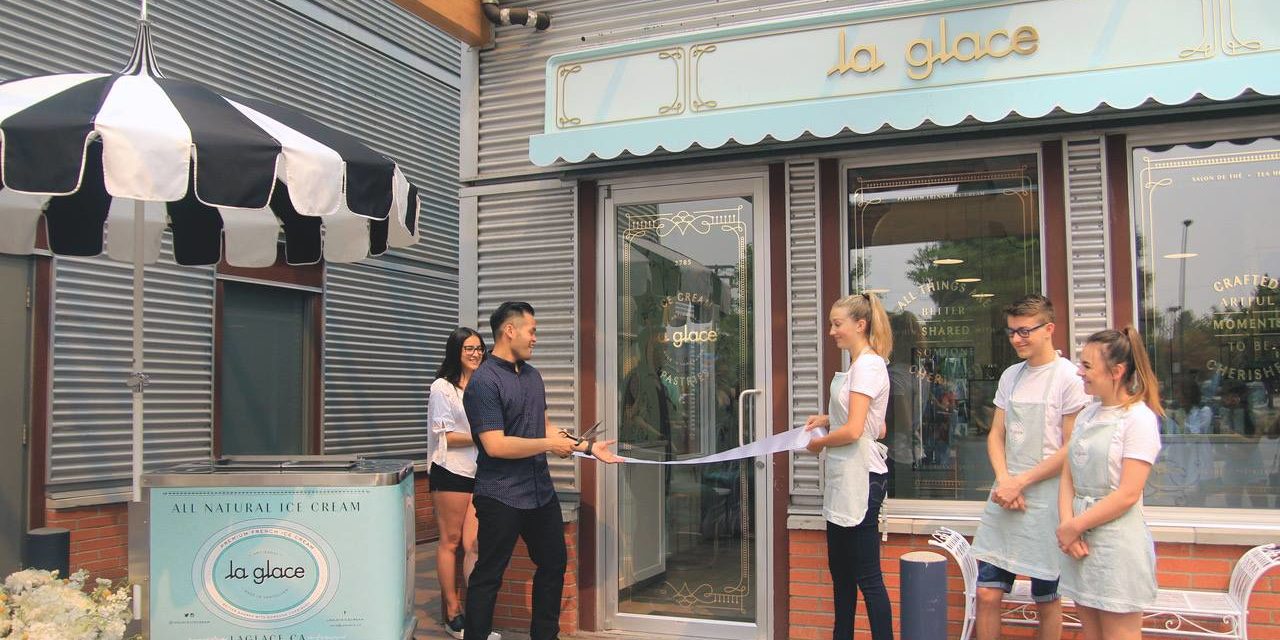 Chancho Tortilleria  [Downtown]  The crews behind the Nuba and Fayuca have joined forces to deliver an authentic Mexican tortilleria at 1206 Seymour Street,  a 15-seat, 750 sqft operation anchored by a gas-electric “Lenin” brand tortilla machine churning out the good stuff at a rapid rate. [Scout]

Chi Men [West End] is a new noodle shop at 1120 Denman Street,  right outside the ramen district concentrated at Robson and Denman, specializing noodle and other dishes from East Asia. [Straight] Earnest Ice Cream [Grandview-Woodland] is located at 1485 Francis Street, the 3rd location of the chainlet, which has been making small batch ice cream made in East Van since 2012. [Vancouver Foodster]

Earnest Ice Cream [Mount Pleasant] has opened doors at 127 West 1st Ave, the 4th location of the chainlet, which has been making small batch ice cream made in East Van since 2012. [Vancouver Foodster]

Johnny Rockets [Downtown] is located at 755 Nelson Street, the very first location in Vancouver from the Californa-based burger chain. They have planned to open 3 locations in BC in 2017, with 2 of them in Victoria. The restaurant serves American-style hamburgers (with unfrozen fresh beef), chicken sandwiches, fries, salads, shakes, malts, and more. [Straight]

L’atelier Patisserie [Mount Pleasant] has opened doors at 260 East 5th Avenue, owned by pastry chef, Franck Buiron, born in South of France and believing that “pastry is not a job, it’s a passion!” [Vancouver Foodster]

Mariner Brewing  [Coquilam] can be found at Unit H – 1100 Lansdowne Dr., Coquitlam, and it’s Coquitlam’s very first craft brewery. “Our taproom will have the seating for 45 and feature a growler fill station and a grab-n-go cooler. We will have a West Coast inspired canteen that will serve a lineup of gourmet hot dogs, charcuterie platters, and sharable snacks.” – Lauren Ang, General Manager. [DailyHive]

Old Beijing Roast Duck [Fairview] is the newest Chinese fine-dining restaurant in town, located at 1643 West Broadway. The dining establishment is originally from Beijing, and has been operating three restaurants in Shanghai and Xi’an since 1997. This will be the roast duck chain’s first location in North America. [Straight]

Pink Sushi [West End]  is located at 903 Denman Street, in a former Flight Centre location, where you can find sushi burritos and “cup sushi”, or sushi served in a small bowl or container. [Straight]

Tacofino Oasis [Downtown] is the fourth Vancouver location of the restaurant and it is inside the Bentall One building at 1050 West Pender Street, in the heart of the city’s financial district. The 1,350-square-foot counter service eatery will feature 30 seats in its dining room, with an additional 10 seats on its patio. Downtown workers will be able to easily grab some tacos or burritos during lunch , or enjoy a drink on its patio [Straight] The PokéMan [Point Grey] has opened doors at 3735 West 10th Avenue. Another addition to the great collection of poke spots in the city, it also a Kakigori cafe that serves Japanese shaved ice desserts. [Vancouver Foodster]

The Ramenman [Downtown]. Owner Juno Okamura has closed Juno and opened the 2nd Ramenman at Juno’s location at 572 Davie Street. The 700 square-foot space will seat up to 25 people at tables and a bar. [Straight]