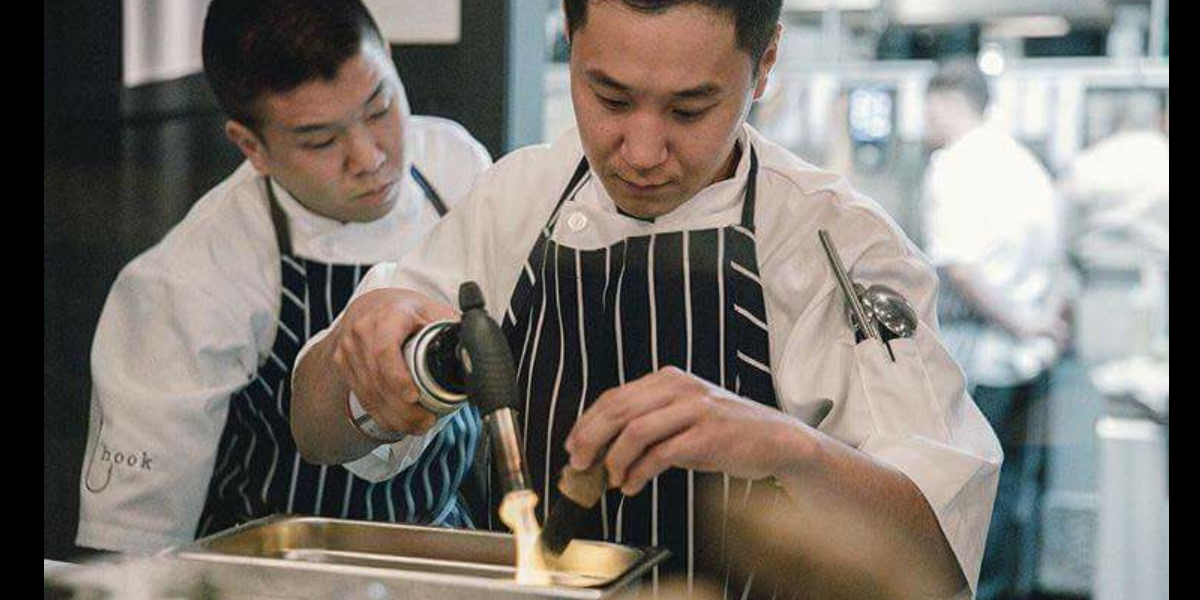 Chickpea [Reily Park] is located at 4298 Main Street and owned by buddy duo Rotem Tal & Itamar Shani. Originally from Israel, both of them experienced the fresh, spicy, homemade flavours of the Mediterranean first hand, and they are expanding their success of running their food truck known for its vegetarian and Mediterranean-inspired dishes.  [Vancouver Foodster]

Hook Seabar [West End] has opened doors at 1210 Denman Street,  by owner Michael Gayman who also owns the Blind Sparrow at the other end of Denman Street. The 3,500-square-feet Hook Seabar has taken over where Milestones English Bay was for 27 years. The new nautical-themed room features a whale mural painted by artist Paul Morstad, with 120 seats inside and 48 more on the patio. [Straight]

Kurumucho [Downtown] is opened at 985 Hornby Street as a Japanese taco shop, where fusion finds a new form to fill your belly. [DailyHive]

Pokérrito [Downtown] has opened their 2nd location at 991 Hornby Street.  When the maker of the infamous poké burrito opened up their first Vancouver location, at Dunsmuir near Seymour, they had a line out the door [DailyHive]

Pokéworks [Downtown] is located at 1021 West Hastings. A fast growing franchise from America, Pokéworks is now in over 12 major markets, with 20+ locations slated to open by the end of 2017 and has 70+ locations in development. [Vancouver Foodster]

Rain or Shine Ice Cream [UBC] is opening their 3rd location at 5900 block University Blvd after their Cambie and Kitsilano locations. [Vancouver Foodster]

Rhinofish [Chinatown] has open doors at 550 Main Street in the heart of  Chinatown. David Wu is the chef and owner of the new Taiwanese beef-noodle bar. He was trained at Granville Island’s Pacific Institute of Culinary Arts and worked in a professional kitchen for three years. [Straight]

Second Floor Eatery & Bar [West End] is located at 808 Bute Street and has taken over former All Star Wings & Ribs. Following in its predecessor’s footsteps, the Eatery + Bar will be a full-service restaurant and lounge with an emphasis on sports. [DailyHive] Taps & Tacos [Port Moody] is now open at 91 Moody Street, Port Moody, near the new Evergreen extension of Millenium SkyTrain line.  Owner Scott McTavish told the media that it’s going to be things like Korean barbecue tacos, pulled pork, that kind of thing. Drinks will include selections from Brewer’s Row just a block below and a range of margaritas and other craft cocktails. The small indoor space will accommodate about 40 people, with more seats outside in the warmer months  [Tricity News]

The Captain’s Boil  [Mount Pleasant] has opened their 3rd location at 3250 Cambie Street. The Toronto-based seafood chain is known for their Cajun seafood boil that incorporates Asian spices. [Straight]

Timbertrain Coffee Roasters and the Depot Cafe [Hastings-Sunrise] has a new cafe at 551 McLean Drive. The roasters/cafe is the realization of the founders’ shared childhood dream of bringing people together and building community through their newfound passion for coffee. [Vancouver Foodster]

Umaluma [Chinatown] is located at 235 East Pender Street, and an organic, 100% vegan gelato shop. The 1,200 sqft  shop is owned by Ian Bruce – a software industry executive and passionate foodie  [Scout]

Verdura Salads [Mount Pleasant] is at 2509 Main Street, right next to Kafka Coffee and Tea. It is in the former Baguette & Co. space on Main Street, aiming to be Vancouver’s “premier destination for healthy & innovative garden salads” [DailyHive]