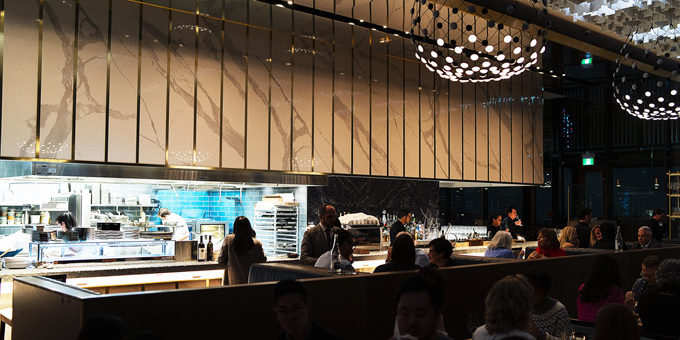 Here are the new Vancouver restaurants opened in December 2018 – February, 2019. If you have more new openings to share, please email info@foodiepulse.com. 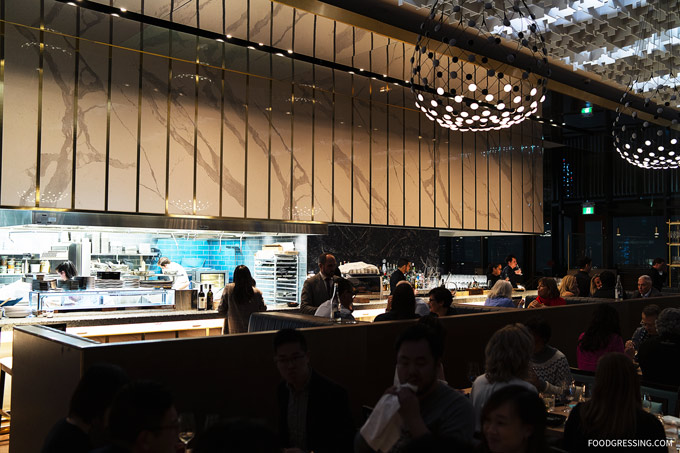 The Bench Bakehouse [Commercial Drive] can be found at 100 – 1641 Commercial Drive. Operated by Tracy and Matt Steele, the new bakery focuses on naturally-leavened artisan breads and French-style pastries. Having turned a hobby into a way of life, Tracy and Matt both left their jobs to travel Europe and to study pastry in Paris. @thebenchbakehouse

Bentoya [Downtown] has replaced GyuDonYa at 500 Robson Street, serving build-your-own bento boxes with a number of meat and vegetable options.

Blaze Pizza [West Vancouver] is the California-based pizza chain that has opened its 3nd BC location at 701 Park Royal North in West Vancouver after their  Surry and Vancouver downtown shops. The affordable, but high-quality pizza chain  is backed by NBA star LeBron James, and has become incredibly popular in recent years . @blazepizza

Bonus Bakery [Downtown] is the new plant-based bakery at 1185 West Georgia Street, but already quite well known for their focused rotating menu of house-made baked goods, like cinnamon buns, muffins, scones, and pizza buns, an array of cookies, and a meatless “Chicken and Waffles” dish which has become a social media sensation these days. @bonus.bakery [Vancouver is Awesome] 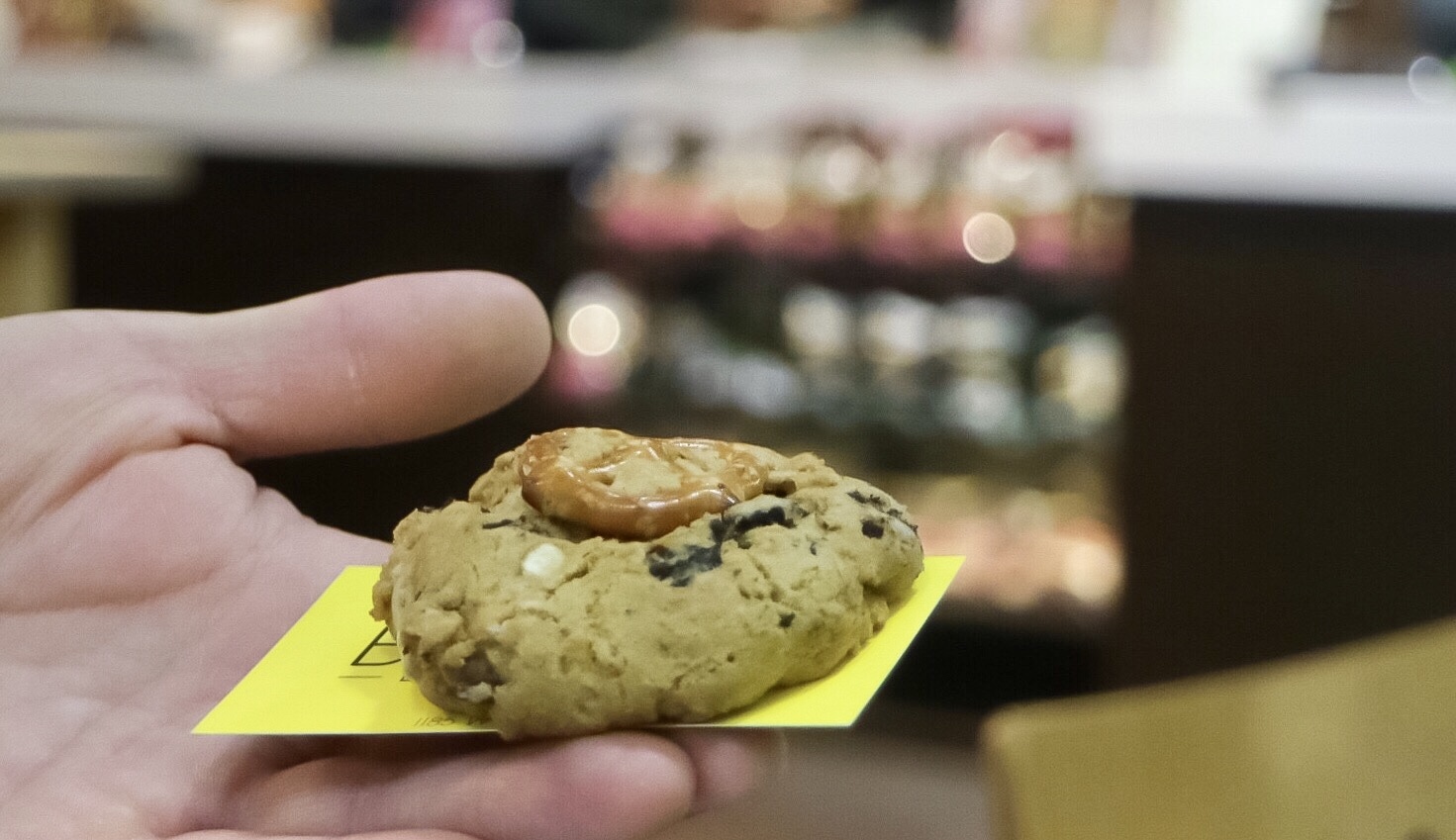 Dalina Fine Foods [Fairview]— has opened their 2nd location at 992 West Broadway. Similar to the original location in Chinatown, the new cafe provides quality grab-and-go meals, such as freshly prepared salads, sandwiches, wraps, and pastries, as well as a number of interesting and healthy snacks. Besides their famous artisanal coffee, they serve superfood smoothies and kombucha on tap.  @dalinavancouver [Pickydiners] 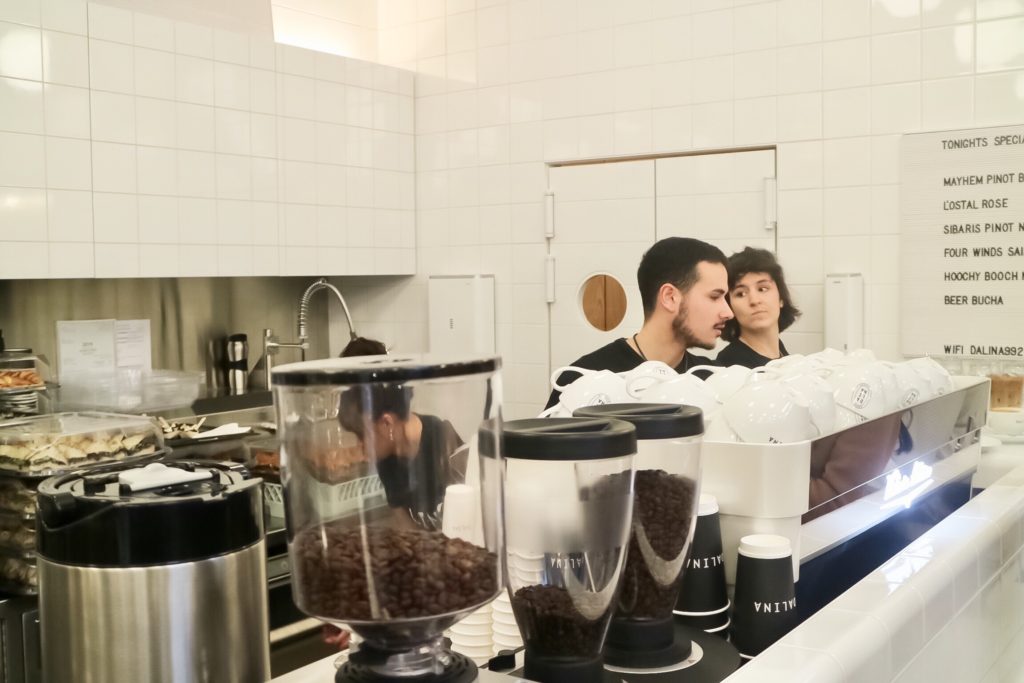 Dinesty Dumpling House [Richmond] has opened their latest location at 5555 Gilbert Road, having taken part of the ground floor of the residential building Cadence in Richmond. Known for the modern interior design and the open kitchen behind glass, the Chinese restaurant chain provides an elegant and relaxing setting for customers enjoying traditional Chinese cuisine, somewhat resembling the global success Ding Tai Fung in a number of ways. @DinestyDumpling

The Dark Manor Inn [Kensington] is the new eerie haunted whisky bar and eatery at 4298 Fraser Street, brought by same folks behind The Shameful Tiki Room, having taken the space of the former Sunlock Garden Restaurant. @darkmanorinn [604Now]

The Greek Gastown [Gastown] is located at 21 Carrall Street, by the restaurant group behind Anatoli Souvlaki (5 Lonsdale Avenue, North Vancouver) and The Greek by Anatoli (1043 Mainland, Vancouver ). The new eatery is in the heart of historic Gastown, the former location of Bao Down Snack Bar.  @thegreekbyanatoli [DailyHive]

Guu Izakaya [West End] is located at 1239 Davie Street, serving all the fresh, deep-fried, and grilled Japanese inspired pub fare, similar to what patrons get from their other locations. With four Vancouver locations and one Toronto spot,  new Davie Street location is the sixth overall for the group. Every outpost has a distinct theme and inspiration and Guu Davie will be no different.  @guu_davie  [DailyHive]

Haidilao HotPot [Richmond] is the king of hot pot in China, having opened its very first Canadian location at 5890 No. 3 Road Suite 200, Richmond, BC. This popular Chinese chain expanded to Singapore and the U.S. before arriving in Canada. It’s taking the place of the old HML Seafood Restaurant spot, just a short walk from the Richmond-Brighouse station.  Known for more than just its cuisine,  it is a fun spot to enjoy a meal out. With unique entertainment options, you can expect this spot to also have a variety of board games on hand and their signature noodle dance performance.  [604now] 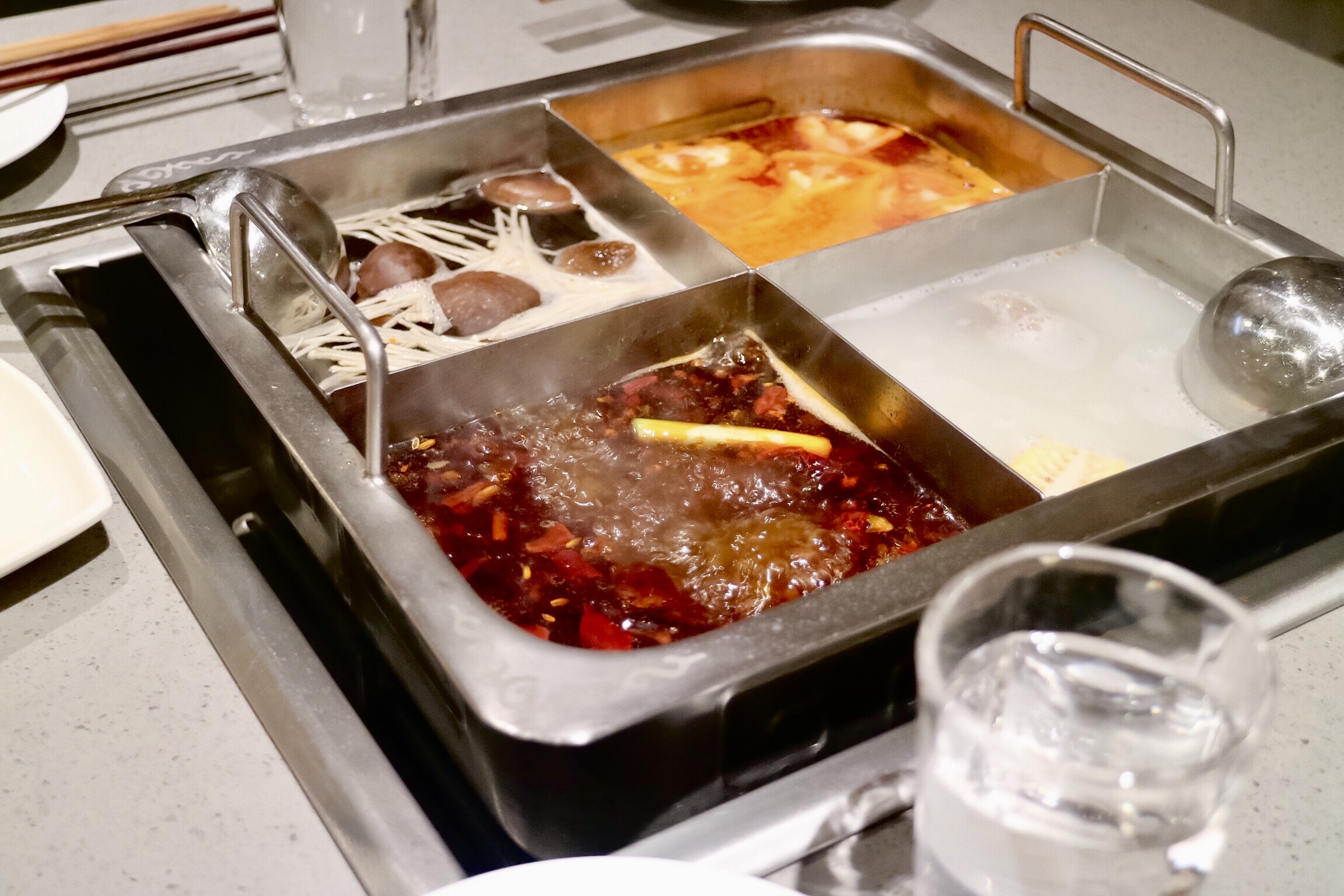 Horin Ramen & Sake  [Downtown] is located at 1226 Robson Street,  The new ramen spot’s sign boasts “52 years of exquisite tradition form Fukuoka, Japan,” and they serve up features like Fukuoka Tonkotsu Ramen where you can choose the noodle, dashi, spice, and lard level in your dish. @horinramen [Dailyhive]

Hundy [Kitsilano] is located at 2042 West 4th Avenue, where burger fans find a patty made of a blend of beef brisket and shoulder from Two Rivers, with a signature bun and special sauce, of course. On the side will be double-cooked fries. The counter-service spot features craft brews, and operates select nights inside sibling Kits cafe Their There. @hundyyvr [Vancouverisawesome]

Iktsuarpok Coffee Stand [Gastown] has opened doors at 30-425 Carrall Street, serving up a killer matcha latte and espresso-based drinks using Moving Coffee beans from its hole-in-the-wall location. There is no public seating here, but that hasn’t stopped the coffee community from checking out the buzz-worthy new place. @iktsuarpokcoffeestand [Dailyhive]

KanPai Japanese Bistro [Westend] is located at 202-1184 Denman Street,  a offering American and Japanese cuisine with a contemporary twist. Lobster Foods not only focuses on the presentation but is also committed to serving dishes using only fresh locally sourced ingredients.

La Pache Pizza – [Commercial Drive] has opened doors at 2082 Commercial Drive. To celebrate theGrand Opening, they are giving away Free Pizza every week for 1 YEAR! ($1040+ Value). Check out details on their facebook page. @la_pache_pizza

Livia Sweets — [Commercial Drive] is a small Vancouver based bakery steeped in Nostalgia. Find our Breads and sweets along with breakfast and lunch at the new LIVIA Bakery at 399 Commercial Drive. @liviasweets [Livasweets]

Mordimi Bite of Italy – [Hastings Sunrise] can be found at 2638 E Hastings St  —  Where they feature homemade, authentic Italian cuisine and delicious pastries. Whether you’re looking for a quick bite to eat around lunch time or a relaxing meal in our charming little dining area, Mordimi is a great choice. [Mordimi]  @mordimibiteofitaly

Steve’s Poke Bar — [Coquitlam] is located at 1029 – 1163 Pinetree Way in Henderson Mall, Coquitlam. Steve Huynh, founder of Steve’s Poké Bar, was born in a Malaysian refugee camp as a result of the Vietnam War. His parents were sponsored to Canada although half of his family lives in various parts of Oahu. He spent much of his life growing up between Vancouver and Honolulu, and he shares many childhood memories there – from days at the beach with cousins, adventurous night snorkeling, to learning how to cut whole ahi tuna and perfecting authentic Hawaiian poké from a mix of family recipes and influences from his favourite local poké joints. @stevespokebar

Sushi TonTon – [South Cambie] is located at 4018 Cambie Street, is striving to bring elevated modern sushi to the locals, with the kids-and-family friendly concept in mind. @tonton_sushi

Sing Sing — [Mount Pleasant] has opened doors at 2817 Main Street. Sing Sing will offer a great selection of beer (20 taps will be ready to pour), several varieties of pho, and many kinds of pizzas along with a handful of casual sharables like wings and more from Head Chef Jo Hognestad. @singsingyvr  [Dailyhive] 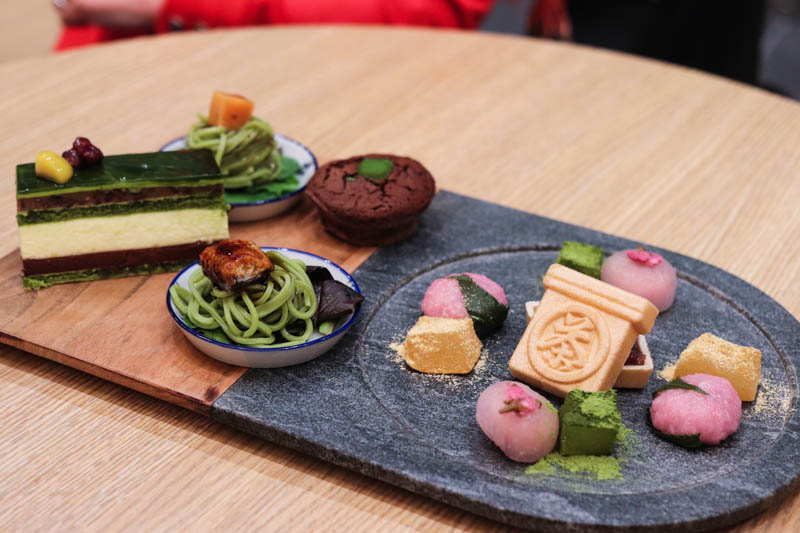 Usagi Sweets — [Shaughnessy]  is Vancouver’s newest Japanese-inspired bakery and cafe, Usagi Sweets, officially opened its doors on December 12. The new spot, located at 3720 Oak Street, is a family run operation (the Kawai family, to be exact), and it offers a selection of eats as well as a variety of houseware. @usagisweets [Dailyhive]

The Vegan Cave [Downtown] — located at 415 Abbott Street. Vegan pizzeria opened 2018 in downtown Vancouver by the owners of The Caveman on Pender St. Offers a selection of vegan pizzas plus a daily soup and salad. Option to choose from several pizza bases, 3 of which are gluten-free and 1 being traditional organic wheat crust. @vegan_cave [Happycow]

Vitasave – [Robson Street] can be found at 551 Robson Street.  Their mission is to make health accessible and affordable to all Canadians, so you can expect to pay 25-40% below traditional retail prices across more than 200 natural health brands, and find Certified Holistic Nutritionists on-hand to answer any questions you may have.  @vitasave.ca [Todocanada]