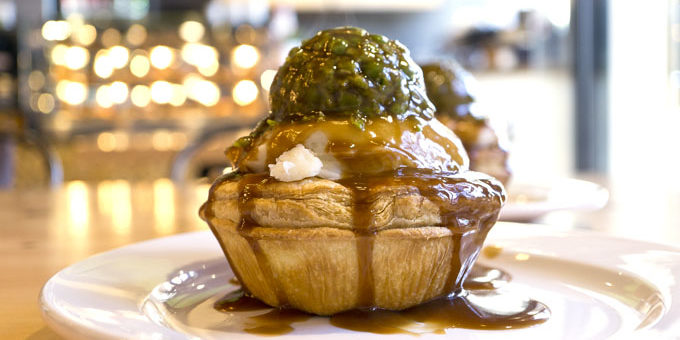 Cacao 70 [West End], has flourished with their multiple Montreal locations offering chocolate, brunch and sweets,  and opened their first West Coast location at 1047 Denman St in the West End.  They believe “chocolate is the ingredient to brings people together” [Vancouver Foodster]

Mak N Ming [Kitsilano] – previously worked together at Pidgin, Makoto Ono and Amanda Cheng are among the city’s exciting young chefs, and have opened an 850 square footer at 1629 Yew Street , offering a three-course demi menu ($54) and a six-course chef’s menu ($78), with add-on options.   [Vancouver Sun]

Pacific Poke [Chinatown] – seating about 20 people, the 1,150-square-foot Chinatown eatery is located at 625 Main Street. Chef and co-owner Ryan Mah, who formerly worked at Yaletown’s Goldfish Pacific Kitchen, is determined to bring a new standard of poké to the city. [Georgia Straight]

Peaked Pies [West End] from Whistler has opened their first location in Metro Vancouver at 975 Denman Street.  Co-owners Kerri Jones and Alex Relf have opened the doors to the 1,000-square-foot shop with 22 seats (plus four outside), serving savoury Aussie pies and a couple sweet options.  [Georgia Straight]

Poke Corner [South Granville] is joining the force of the poke and has opened its door at 1509 W Broadway. [Vancouver Foodster]

Poke Station [Fairview] is another new addition to poke joints in Vancouver, located on 500 W. Broadway (at Cambie), where Big Smoke Burger used to be. [Nomss]

The Pawn Shop [Downtown] has replaced the popular Sip on Granville Street in Downtown Vancouver (1117 Granville Street). The new taco tequila bar has drawn inspiration comes from East L.A.. They have determined to become the space that can transform into whatever the guest needs it to be for their personal experience. [Vancouver Foodster]

Tmix Tea & Dessert Bar [Kitsilano], the 2nd location in Vancouver and the 4th location over all, where they truly care about your sweet tooth, offering traditional desserts that are re-imagined and spiked with a dose of Asian flare. [Vancouver Foodster]

Trans Am [Hastings-Sunrise] is located at 1875 Powell Street, with a hip ambience and an Italian-inspired menu. [Vancouver Foodster]

West Coast Poke [Fairview], is serving customizable poke bowls at 463 W.8th Ave. They pack your lunch for you and they also deliever. [Vancouver Foodster]