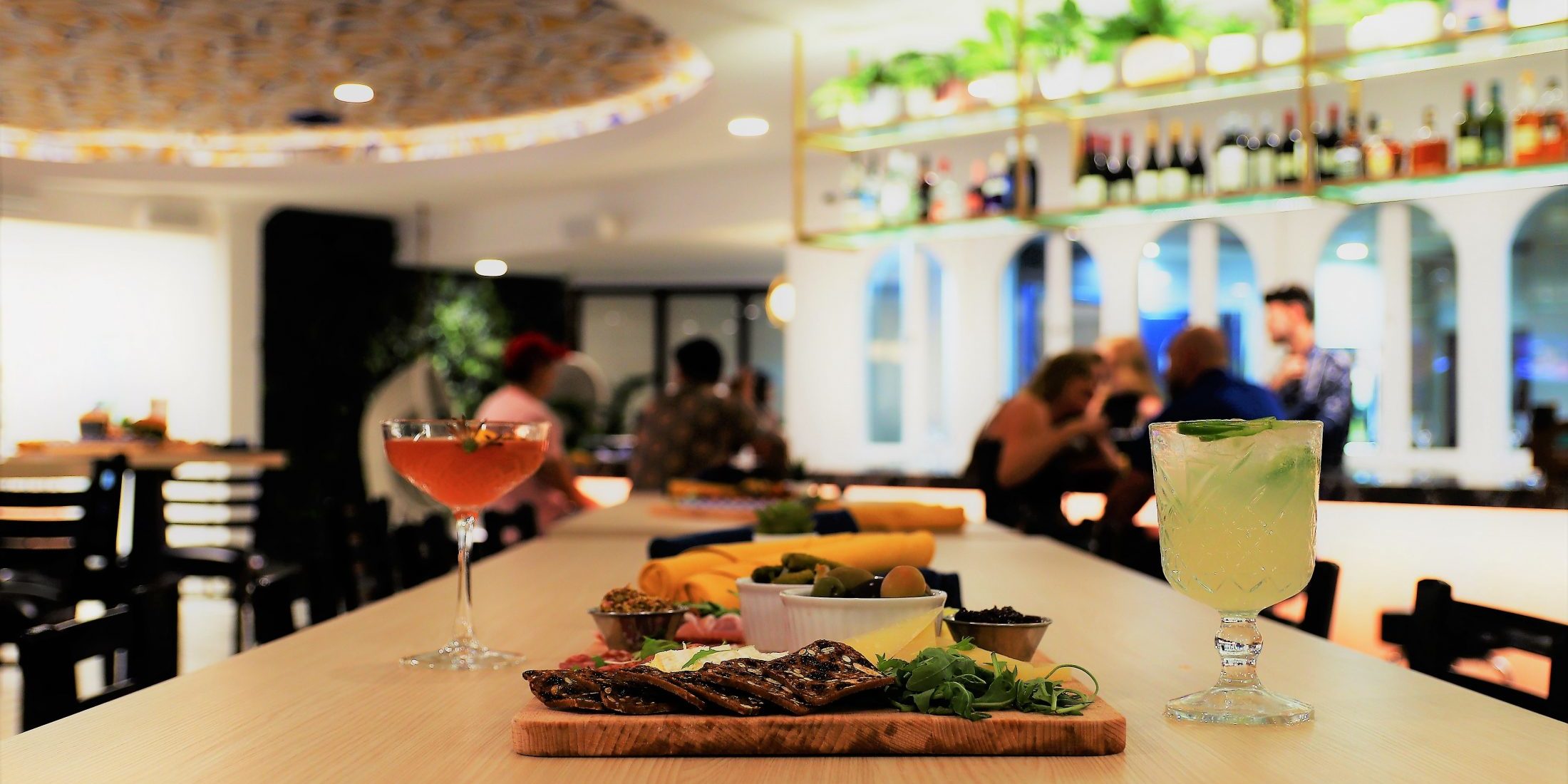 Here are the new Vancouver restaurants opened in June – August, 2019. If you have more new openings to share, please email info@foodiepulse.com.

Basha [Waterfront] is located at the Waterfront Centre food court. It is the first branch in BC from the Lebanese and vegetarian restaurant chain founded in Quebec in 1977, featuring the “what you see is what you eat” concept that illustrates the cleanliness and freshness of the food presented directly to the clients. @basharestaurants

Buttermere Patisserie and Cafe [Chinatown] has opened doors at 636 Main Street. Fans of the patisserie may have enjoyed its sweet treats at Leisure Center and Torafuku. Known for its Parisian pastry techniques fused with Asian flavours, Buttermere offers a great selection of desserts at its new shop. Instagram: @butter.mere [DailyHive]

Downlow Burgers [Strathcona] has opened in The American at 926 Main Street. The concept has come from the wildly successful Downlow Chicken Shack crew on Commercial Drive, where the burgers have popped up every Monday for many months, featuring robust 7oz patties of dry-aged Two Rivers beef. Instagram: @downlowburgers [Scout]

Fufu Cafe  [South Granville] is the new Japanese souffle pancake shop located at 1200 West Broadway. Fufu is short for Fuwa Fuwa in Japanese, and it means fluffy. Owners of Fufu were inspired by their visit to Japan and determined to bring the popular baked delicacies to Vancouver. Instagram: @fufupancakecafe [Vanfoodies]

El Guapo [Yaletown] has opened doors at 1009 Hamilton, transformed from Fayuca, owned by the same team involved in Nuba and Chancho Tortilleria as well as Nude Vodka as well as the new partnership with Nude Vodka. They are calling it “a Mexican inspired collaboration.” Instagram @elguapovancouver [Vancouver is Awesome]

GPO Bar & Kitchen [Downtown] is located at 1224 Granville Street. It takes its name from Dublin’s General Post Office, a landmark associated with the rising that led to Irish Independence. You can find live music on weekends, Turntable Thursdays, and live music on weekends; then there are its extensive, accessible food and drinks menus, including brunch daily till 3 p.m. Instagram @thegpobar [Straight]

Hanlin Tea House [Richmond] is the Tawainese tea and dessert shop brand at 1121-8328 Capstan Way, Richmond. Signature desserts include the realistic Peach Cake, alongside a menu of drinks like the Panda Black Tea Latte made with a combo of tapioca and black pearls. Instagram @hanlinteahouse [DailyHive]

Kind Cafe [Mount Pleasant]  is the new spot for coffee and food at 3080 Main Street featuring an eco-friendly and plant-based eats focused on both sustainability and kindness. Instagram: @kindcafeyvr [VancovuerIsAwesome]

Le Doux Ciel [Yaletown] is the newly opened French dessert shop at 65 Smithe St, offering croissants in flavours of matcha, salted caramel, and cheese and ham, and 13 different kinds of macarons along with tarts, petit four, and of course, a stellar selection of cakes. Instagram @ledouxciel_vancouver [DailyHive]

Matchstick Coffee [West End] has opened the latest location (5th overall) at 1305 Davie Street, like at other outlets, offering artisan coffee, eats, and a welcoming space shared by the community. Instagram @matchstickyvr

One Bowl [Kerrisdale] has opened doors at 5687 Balsam Street, offering a unique and pleasant “One Bowl” food experience for the benefits of finding the balance of health and energy. Instagram @onebowlvancouver

The Praguery [Gastown] is the popular Vancouver truck that has officially opened a shop at 221 Abbott Street (the former location of Crab Park Chowdery). They are known for Chimney Cakes (spit cake made from rolled dough traditionally topped with sugar and nuts) and Prague Cones filled with delicious soft serve and topped with a variety of sauces. Instagram: @thepraguery [DailyHive]

Prime’s Thai Tea [West End] opened up a location in White Rock last year and has just opened a new outpost at 1194 Robson Street. A Chinese brand which specializing in Thai-style milk teas, it was founded in 2015 and originated from Jianmen, Guangdong. Prime’s Thai Tea now has over 500 stores. Instagram: @primethaitea [Foodgressing]

Prive Kitchen + Bar [Fairview] has opened doors at 200 – 1001 W Broadway, Vancouver. Once “Privé night club” in downtown Vancouver, now rebranded as an entertainment centre with karaoke bar and restaurant. The occupied space, previously home to “Red Robins” , now hosts 10 karaoke rooms, a 2,000 square foot patio, a common area with a giant tv screen; and plenty of tables and chairs that can be removed to convert the space into a dance floor. Instagram: @privevancouver [VieAMaggi]

Stanley Park Brewing & Pub［Stanley Park］is new 10,600 sq. ft. S Restaurant and Brewpub that took the space of the old Fish House at 8901 Stanley Park Drive, which closed its doors in 2015 after 25 years of service. The brewpub features a full-service menu, an 82-seat tasting room, a 68-seat outdoor deck, and a 40-seat outdoor patio.
Instagram @stanleyparkbrew [DailyHive]

UMAI Savory Hot Dogs [West End] has opened doors at 1331 Robson Street,  in the former space of Chef Lien Vietnamese Cuisine, gearing up to give Japadog a run for its money. Umai was launched as a food cart in 1992 in San Jose, California, by Loi Tran, known for combining sushi and hot dog ingredients, and chose the only Japanese word he knew, which means “yummy”, for the name of his business. Instagram @umaihotdogssj [Straight]

Yummy Yogurt [Kerrisdale] can be reached at 2070 West 41st Ave and known for its yogurt boba. And their selection of unique flavours included Blueberry, Strawberry, Purple Rice, Salted Egg Yolk, Mango, Taro and Dragon Fruit. The business started at Richmond Night Market, but now finally have their very own storefront in the city. Instagram @yummyyogurt_vancouver [604Now]

* Featured image by The Loft Lounge