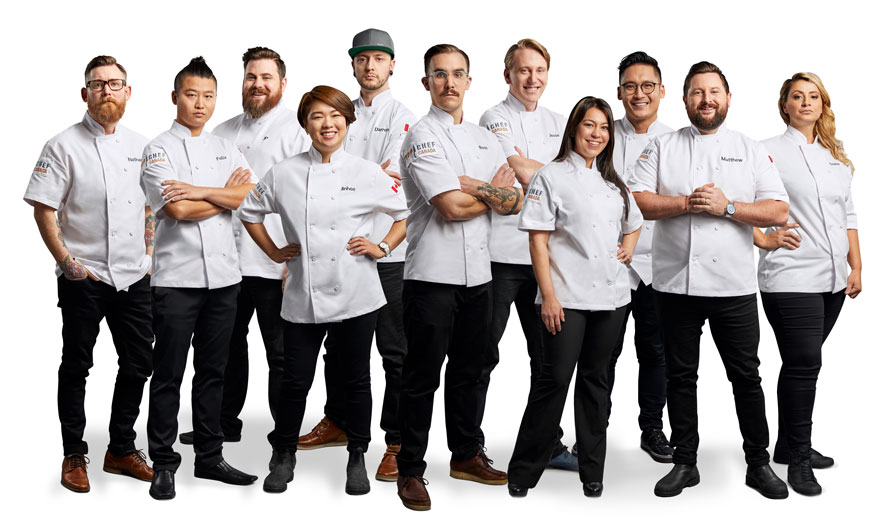 Returning this season as the chefs’ go-to payment method, Interac Corp. provides the $100,000 grand prize for Canada’s Top Chef, and sponsoring a classic Top Chef Elimination Challenge, Restaurant Wars.  Competitors battle it out in the fully-outfitted Top Chef Canada Monogram kitchen.  The grand prize winner will also be rewarded a luxurious Monogram kitchen valued at $25,000. The contest will run for 8 weeks at foodnetwork.ca.

A new lineup of 11 extraordinary chefs represent the next generation of Canada’s culinary elite and now it’s their time to showcase their creativity and culinary prowess to impress the judges’ table. Among the talents, Vancouver’s Felix Zhou (Heritage Asian Eatery) and Mark Singson (AnnaLena) are determined to take the Top Chef Canada title. The lineup of Canada’s Top Chef contestants are: