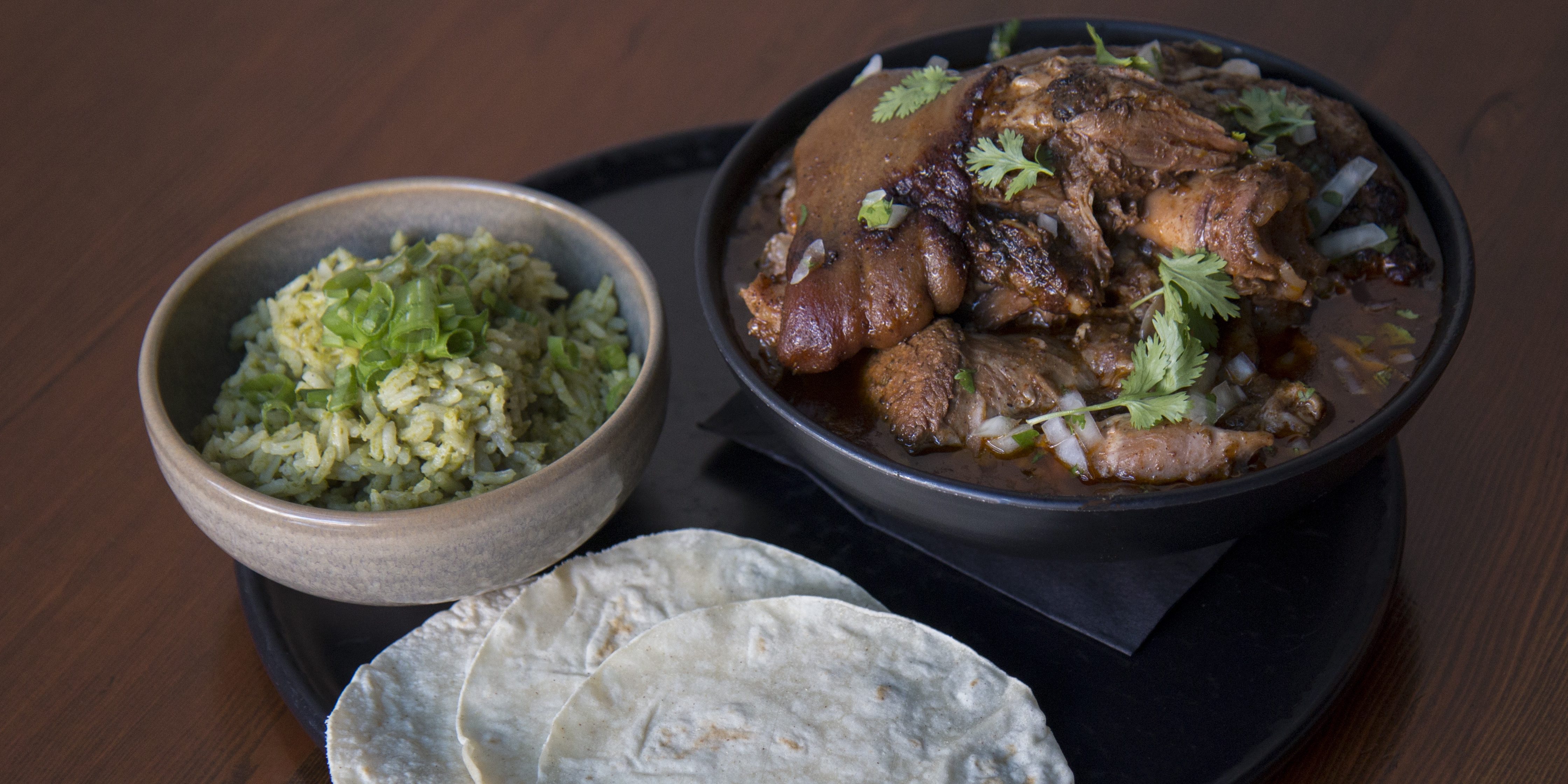 el Santo is the latest silver medalist for “Best Latin” at the Vancouver Magazine Restaurant Awards along with a few other awards on its belt. The Latin eatery is located in the heart of New Westminster, and has been serving modern Mexican dishes since 2015, featuring locally sourced ingredients and freshly house-made creations down to salsas and ice-cream.

el Santo’s new brunch menu has put a Mexican take on the popular weekend tradition, serving authentic Mexican flavours from south of the Rio Grande like chilaquiles, chamorro and molletes, as well as local staples like french toast and eggs benedict but with a Mexican twist.

“Mexico has such a rich diversity of breakfast foods that we wanted to bring back some of them to share with our diners in the Lower Mainland,” says Sam Fabbro, executive chef at el Santo. “Our goal with this menu is to introduce diners to something new and to give them another way to experience some of their favourite brunch items.”

Frequent travellers to Mexico may be familiar with the Chilaquiles. The popular breakfast dish is made with pieces of fried tortilla that are drenched in salsa verde and – in el Santo’s version – topped with either More ravenous diners might opt for the Chamorro – an entire chili-braised ham hock – served with tortillas and rice. “This was the first dish that I tried on my last trip to Mexico and it just blew me away,” says Chef Sam. “The meat is tender and juicy and has just the right amount of fat to make it the perfect hangover cure”.

A feature in a number of past el Santo dishes, their smoked mushrooms have been given a starring role in the Frittata de Hongos. “Even people who generally don’t like mushrooms have tried them in our frittata and become converts,” says Chef Sam.

Well-known Mexican favourites like Huevos rancheros and Huevos Divorciados are also on the menu.