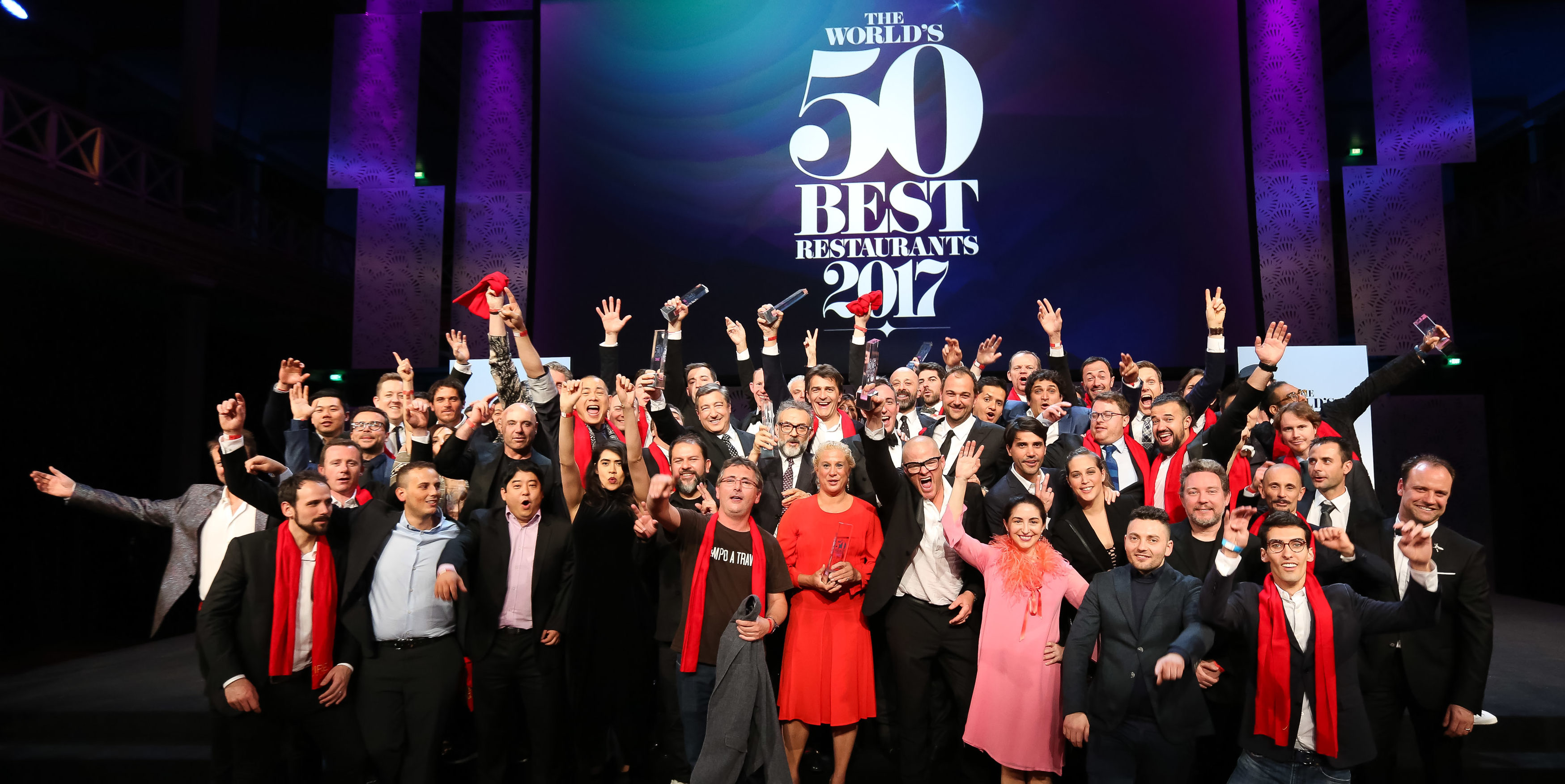 France, Spain and the USA each count six restaurants on the 2017 list

The 2017 list features nine new restaurants: six making their debut and three returning to the list as re-entries.

Virgilio Martínez of Central in Lima, Peru, is the 2017 recipient of the Chefs’ Choice Award, sponsored by Estrella Damm.

Now in its 15th year, The World’s 50 Best Restaurants welcomes six brand new entries and three re-entries to the 2017 ranking. Showcasing a broad cross-section of cultures and cuisines, it includes restaurants from 22 countries across five continents. France, Spain and the USA each count six restaurants on the list.